The Year in Review

A look back at what the ICEJ accomplished together with you in 2022.

JANUARY – ENVISION
The year began as usual with a special month of prayer and fasting among our Jerusalem leadership and staff concerning the year ahead. As we sought the Lord, we first felt led to extend our annual Envision conference for pastors and ministry leaders from the normal four-day schedule in late January to a month-long event stretching well into February. For four weeks, we offered keynote messages, informative webinars and VOD seminars on fascinating biblical and current themes, virtual live visits to key places in Israel, and global prayer sessions. In the end, the online Envision conference drew nearly 900 Christian pastors and leaders from more than 50 nations.

FEBRUARY – UKRAINE CRISIS
The ICEJ started out the year 2022 helping hundreds of Jewish immigrants get settled in Israel, including many Ethiopian Jews arriving as part of the “Operation Rock of Israel” airlift. Then came the Russian invasion of Ukraine in late February, which triggered a surge in Aliyah to Israel that has only grown throughout the year. The Christian Embassy immediately began raising funds to meet the urgent need as Kyiv and other Ukrainian cities came under siege and Western sanctions rocked the Russian economy. Within days, Christians worldwide responded generously, enabling the ICEJ to become a significant partner in Israel’s emergency efforts to assist Ukrainian and Russian Jews fleeing the conflict.

MARCH – MASS ALIYAH
As Russia’s brutal assault on Ukraine continued, millions of war refugees fled west into central Europe, with scores of Jews anxious to reach safety in Israel. The ICEJ joined the massive effort to evacuate Ukrainian Jews, provide for them at emergency centres enroute, fly them to Israel, and assist those arriving in the Land. The most dire need was to extract scores of elderly Jews in Ukraine, including many Holocaust survivors, who were stuck in their homes or underground shelters due to the constant Russian bombardment. In response, the Christian Embassy sponsored a special evacuation team which rescued dozens of Holocaust survivors from cities under siege – a courageous effort which drew much media attention in Israel and worldwide.

APRIL – PASSOVER GIFTS
As the ICEJ continued to help with the massive wave of Jewish immigrants from Ukraine and Russia, we also prepared for our traditional Passover assistance to needy Israeli families. This was the first Pesach since the corona crisis began to wane and many Jewish families were eager to celebrate together again. Besides providing gift packages to disadvantaged Israeli families and sponsoring group seder meals, we also delivered holiday gift baskets to hundreds of newly-arrived immigrants from Ukraine, Russia and Ethiopia who were spending their first Passover in the Promised Land. Meanwhile, the ICEJ ended April with a special broadcast on Yom HaShoah (Holocaust Remembrance Day) to highlight our unique partnership with Yad Vashem.

MAY – HAIFA HOME
The ongoing influx of thousands of Ukrainian and Russian Jews to Israel included many elderly immigrants, and in May the ICEJ’s special Home for Holocaust Survivors in Haifa began taking in new residents fleeing the Ukraine conflict. They all had difficult stories of surviving the Nazi genocide as youths and now having to live through the horrors of war again. Many of the older residents at the Haifa Home also were impacted by the recent Russian invasion, which brought back war-time memories for them as well, but the ICEJ team at the Home were there to minister comfort to them.

JUNE – ETHIOPIAN ALIYAH
The ICEJ continued to play a key role in the Ethiopian Aliyah by sponsoring flights for hundreds of Ethiopian Jews arriving as part of the renewed airlift from Addis Ababa in June. This year, the Christian Embassy also assisted Ethiopian Jewish immigrants in adjusting to life in Israel through numerous integration projects, such as scholarships and computers for promising Ethiopian students. In addition, we helped to renovate and furnish homes for new Jewish immigrants from other lands. Meantime, the ICEJ began sponsoring a special computer training course for Israeli Arabs designed to help them find good jobs in Israel’s booming hi-tech sector.

JULY – BRANCH ACTIVITIES
The ICEJ’s global network of branch offices were very active once again this year, building support for Israel in their respective countries, supporting our social aid projects, reaching out to their local Jewish communities, defending against antisemitism and anti-Zionism, and so much more. In July, ICEJ-Germany held a Prayer March through the centre of Stuttgart attended by hundreds of Christians. ICEJ-Finland hosted a special Israel-themed photo exhibit to raise support for needy Israeli children. And the ICEJ dedicated a restored underground bomb shelter funded by our USA branch for a Yemenite Jewish kibbutz just outside Gaza. Elsewhere over the summer, ICEJ offices in Costa Rica, Fiji, Liberia, Mexico, Panama and Slovakia all took part in pro-Israel celebrations, while new national representatives were officially installed in Azerbaijan, Cameroon and the Central African Republic.

AUGUST – BOMB SHELTERS
Dozens of bomb shelters donated by the Christian Embassy to Israeli communities along the Gaza border proved their worth once more in an intense three-day rocket war launched by the Iranian-backed Palestinian Islamic Jihad terror militia in August. The ICEJ also began raising funds to provide more bomb shelters for vulnerable Israeli towns, adding to the 178 life-saving shelters donated in southern and northern Israel so far. Meanwhile later that month, ICEJ-Switzerland organised a gala celebration in Basel to mark the 125th Anniversary of the First Zionist Congress in 1897.

SEPTEMBER – PRAYER WATCHES
As the Jewish High Holidays approached, the ICEJ’s Aid and Homecare teams were busy delivering Rosh HaShana holiday gift baskets to hundreds of needy Israeli families ahead of the Jewish New Year. At the same time, the ICEJ expanded its Rosh Chodesh online prayer chain to 240 hours in length, with churches and prayer groups from over 60 nations involved. A renewed spirit of prayer continued to sweep through our global ministry, as the weekly Global Prayer Gathering increasingly drew large faithful audiences to join us in intercession, and reports of answered prayers and the fires of revival were received from many countries.

OCTOBER – FEAST OF TABERNACLES
The ICEJ hosted its first in-person Feast of Tabernacles celebration in three years in October, with over 2,000 Christians from 70 nations gathering in Israel for the festivities, while thousands more joined via our special on-line streaming platform. This first-ever ‘hybrid’ Feast – with both physical and virtual attendees – opened with two nights of worship services on the Sea of Galilee, followed by five days of events in Jerusalem, and then concluding with a solidarity rally with Israeli communities near the Gaza border. Israelis were greatly encouraged to see so many Christian visitors returning and expressing their support for the Jewish people.

NOVEMBER – RESCUING ELDERLY
Israeli authorities reported that over 60,000 new Jewish immigrants had arrived in Israel so far this year, with 80% of them coming from Ukraine and Russia to escape the suffering and economic uncertainty caused by the raging conflict there. This marks the highest number of Jewish immigrants to Israel since the huge wave of Soviet Aliyah tapered off more than 20 years ago. The ICEJ continued to commit resources to assist many of these newcomers with Aliyah flights, pre-Aliyah preparations, and help to successfully settle in the land once here.
In one example, the ICEJ assisted nearly three hundred frail, elderly Jews, including at least 190 Holocaust survivors, to safely make their way to Israel this year.

DECEMBER – 5000 OLIM ASSISTED
While most of the focus on Jewish immigration to Israel this year has been on the large wave of Aliyah from Russia and Ukraine, Israeli officials also are working to bring home several thousand Ethiopian Jews in the month of December as part of the “Rock of Israel” airlift. The ICEJ is assisting several hundred of these Ethiopian olim with their flights and other expenses of moving to Israel. With the numbers still adding up as we approach the end of the year, the Christian Embassy has already assisted more than 5,000 Jews with Aliyah and absorption so far this year – our highest total in nearly three decades. This includes sponsored flights for more than 1,700 Jews who came home to Israel in 2022.

Looking Ahead to 2023!
With your support in the new year, we will continue to bring Jews home, help settle them in the Land, care for Holocaust survivors, protect vulnerable Israeli communities, assist minorities and struggling families in Israel, impact churches and nations worldwide, and so much more. Support our work today at: icej.org.au/donate/ 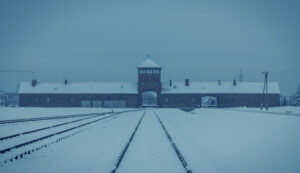 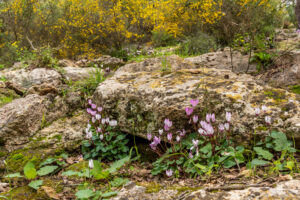