Israel and the Church – a Theological Challenge

Adapted from the writing of Dr Jürgen Bühler, ICEJ President

We are the first generation of Christians who have had to deal theologically with a phenomenon that did not exist for 1900 years of Church history – Israel’s re-emergence as a nation. This fulfilled biblical prophecies which (Acts 1:6-7). Are we in the days the early Apostles longed to see, when God would restore the kingdom to Israel? And how should the Church relate to this new situation?

Here are some principles which guide our ministry as we serve the Lord here among His people.

1)  Israel as a vehicle for world redemption

We believe the Bible attests to God’s unique and enduring calling and election of the Jewish people as an instrument of world redemption, which is still relevant and active today in the restoration of Israel in their ancient homeland. Israel gave the world the Messiah and the Word of God, and Jews brought the Good News of Yeshua to the known world of its time. Paul also declares that a future spiritual restoration of Israel will usher in a new season of blessing to the whole world (Romans 11:12, 15).

We believe that the modern-day restoration of Israel is evidence of God’s faithfulness to His eternal covenant with Abraham. Our stand with the Jewish people, therefore, is motivated first and foremost by covenant promises of God as described in His word (Genesis 12; 15 etc.), rather than by prophetic interpretations. The Lord is a covenant-keeping God and has therefore never abandoned His people, but will perform all He has promised to them. This also means that the Church did not replace Israel but was grafted into the olive tree of earlier generations who placed their faith in God’s promises.

We do recognise, however, that we live in a season of prophetic fulfilment and restoration for Israel. What we see today and what has been unfolding over the past 140 years was foretold by many biblical prophets (e.g., Ezekiel 36:22ff).

4)  Salvation by faith in Messiah

We believe there is only one way to God, through His son Jesus Christ and through the New Covenant which was promised to Israel (Jeremiah 31:31) and established through Jesus (Hebrews 8).

We honour and emphasise the Hebraic roots of our Christian faith grounded in the Old Testament, even while we strongly caution Gentile Christians against coming ‘under the law’ or performing works as a means of achieving salvation.

We offer our support to the Jewish people irrespective of their spiritual standing. We realise that even though most have not recognised Jesus as their Messiah, they are still ‘beloved for the sake of the fathers’ (Romans 11:28).

7)  A ministry of reconciliation

We stand uncompromisingly with the divine destiny of the Jewish people, while also recognising there is a unique biblical calling over the Arab nations around Israel and in particular His salvation plan for the peoples of the Middle East (Isaiah 19, etc.). 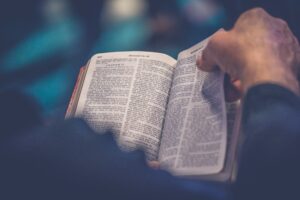 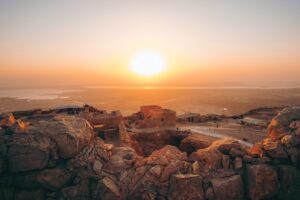 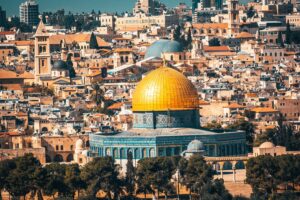